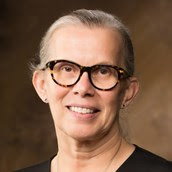 AALA Member Janie Simms Hipp, founding director of the Indigenous Food and Agriculture Initiative in the University of Arkansas School of Law, recently received three prestigious awards recognizing her service and dedication to food and agricultural law and Indian law.

In November 2016, Hipp was honored with the Oklahoma City University School of Law, Distinguished Alumni Award, awarded by the Oklahoma City University School of Law to outstanding alumni of the law school. Hipp earned a J.D. from the school in 1984. The video introduction of Hipp, presented at the luncheon, features comments by AALA member and Oklahoma Department of Agriculture General Counsel Teena Gunter as well as OCU President Robert H. Henry, who was the former Attorney General of Oklahoma and later served on the 10th Circuit Court of Appeals.

Also in the fall of 2016, Hipp received the President’s Volunteer Service Award for Lifetime Achievement. The award, from the Corporation for National and Community Service, recognized her lifelong dedication to serving the Chickasaw Nation and advancing the nutritional and educational needs of indigenous people across the continent. The Lifetime Achievement Award is the highest honor conferred by the corporation and is reserved for individuals who contribute more than 4,000 hours of service in their lifetime. The prize is awarded and signed by President Barack Obama.

The award recognized Hipp’s efforts to expand efforts to increase nutritional access for tribal communities and protect and promote traditional agricultural knowledge. She is an enrolled member of the Chickasaw Nation and an attorney and graduate of the University of Arkansas School of Law master of laws program in Agricultural and Food Law.  She is the founder of the United States Department of Agriculture’s Office of Tribal Relations in the Office of the Secretary for Secretary Tom Vilsack, and she served two terms on the agency’s Secretary’s Advisory Committee for Beginning Farmers and Ranchers. She also served on two delegations to the United Nations in the areas of women’s issues and Indigenous issues.  Prior to her appointment within the Office of the Secretary, she served in the National Institute of Food and Agriculture, USDA as the National Program Leader for Farm Financial Management, Risk Management Education, Trade Adjustment Assistance, and the Beginning Farmer and Rancher Development Program. She also served at USDA Risk Management Agency as the Risk Management Education Director. Prior to her work in Washington DC at the national level, she has had a long career in the field of agriculture and food law. She has been a licensed attorney in Oklahoma for over 30 years.

In March 2017, Hipp received the Tim Wapato Public Advocate of the Year Award, awarded by the National Center for American Indian Economic Development.  The National Center recognized several Native American business leaders and those who have made significant contributions to advancing economic development in Indian Country during this year’s National RES. National RES is the largest economic development gathering in Indian Country, bringing together over 4,000 Native American leaders, businesses and business owners, subject-matter experts, government officials, and others.

AALA recognized Hipp in 2014 with the AALA Excellence in Agricultural Law Award for Government Service.