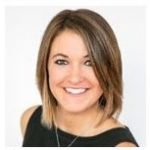 AALA Member Kristi Boswell has been appointed to serve as Senior Advisor to U.S. Secretary of Agriculture Sonny Perdue on workforce issues.  Prior to her recent appointment, Boswell served as American Farm Bureau director of congressional relations, where she also focused her work on farm labor.  Boswell spoke at the 2015 AALA Agricultural Law Educational Symposium in Charleston, South Carolina on immigration policy as it affects agriculture.

Immediately after law school, Boswell practiced corporate defense litigation at Stinson Morrison Hecker LLP and worked as a political aide for a Nebraska State Senator Pam Redfield. One of her first jobs was serving as the Ag Youth Coordinator for the Nebraska Department of Agriculture.