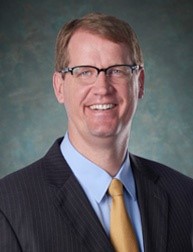 AALA President-Elect and Lathrop GPM Partner Jeff Peterson was elected to the American College of Commercial Finance Lawyers’ class of Fellows. There are approximately 200 Fellows of ACCFL nationwide and Peterson is one of less than ten in Minnesota. Peterson was officially inducted as a Fellow on April 2 at the ACCFL annual meeting in Atlanta.