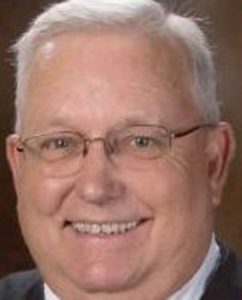 It is with regret and sadness that AALA mourns the loss of Jake Looney who was one of the founding members of the AALA and served as its President from 1983-1984. Mr. Looney received the AALA Distinguished Service Award in 1988, and served the association and its members in many ways. He died October 22, 2018 at the age of 74.

After stepping down as Dean, Jake returned to the law faculty, teaching in both the the J.D. and LL.M. Programs. He authored a number of agricultural law books and spoke at countless conferences. He left the law school to return to his home town and his beloved ranch in Mena, Arkansas. There, he returned to private practice and later served on the bench as Polk County District Court Judge.

A link to his obituary may be found here.