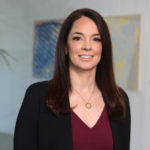 Deidre is a partner at Hunton Andrews Kurth and is the co-leader of the firm’s environmental practice.

Prior to entering private practice, Deidre served as assistant general counsel of the Army at the Pentagon, advising the secretary of the Army on environmental and land use issues involving the Corps of Engineers’ Civil Works and section 404 Regulatory program, as well as the Base Realignment and Closure (BRAC) program. Deidre has extensive experience with federal regulatory agencies, military departments and the US Department of Justice.” 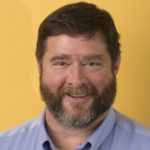 “Tony Francois is an attorney in PLF’s Sacramento office, and has litigated cases around the country defending Americans’ property rights from land use and environmental restrictions. He is a member of the California State Bar and also practices before several federal trial and appellate courts and the Supreme Court of the United States.

Since graduating from college in 1987, Tony has continuously fought government, starting with other countries’ governments as an Infantry officer in the U.S. Army. He served in the former West Germany at the close of the Cold War and personally removed a portion of the Berlin Wall in 1990. Close proximity to the Soviet and Warsaw Pact communist governments of the Cold War gave him a permanent desire to defend freedom against government tyranny.

The end of the Cold War and return to the States in the early 90s led him to see that many government abuses were taking hold in our country as well. Tony was also inspired to trade the military barracks for the courtroom by reading about abuses imposed by the IRS on American taxpayers, and well as the epic conflict between Wayne Hage and the U.S. Forest Service over grazing and water rights in the Western States.

Tony graduated from the University of California Hastings College of the Law in 1996 with honors. After representing farmers, ranchers, and other landowners in private law practice and then for a decade as a policy advocate before the California legislature, Tony joined PLF in 2012. In his off hours, he enjoys martial arts, Giants baseball, reading history, and raising his family with his wife in Sacramento.”

Professor Parenteau has an extensive background in environmental and natural resources law. His previous positions include Vice President for Conservation with the National Wildlife Federation in Washington, DC; Regional Counsel to the New England Regional Office of the EPA; Commissioner of the Vermont Department of Environmental Conservation; and Of Counsel with the Perkins Coie law firm in Portland, Oregon.

Professor Parenteau has been involved in drafting, litigating, administering, teaching, and writing about environmental law and policy for over four decades. His current focus is on confronting the twin challenges of climate disruption and biodiversity conservation through his teaching, writing, public speaking and advocacy.

Professor Parenteau is a Fulbright US Scholar and a Fellow in the American College of Environmental Lawyers.  He is the recipient of the Kerry Rydberg Award for excellence in public interest environmental law and the National Wildlife Federation’s Conservation Achievement Award.

Professor Parenteau holds a B.S. from Regis University, a J.D. from Creighton University, and an LLM in Environmental Law from the George Washington U.”