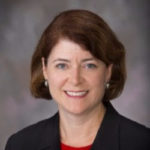 AALA is pleased to announce that Maureen Kelly Moseman has accepted an offer to serve as our new executive director.  Maureen is a familiar face, having been a member of AALA since 1994, served as President of the association in 2009 after serving on the board and various committees. Most recently, she served as interim executive director in 2014. Maureen may be contacted at 402-915-3166 and moseman@aglaw-assn.org.