Join us January 7 at Noon (CST) on Zoom

Description: This webinar will focus on the outcomes of the November 2020 elections, the impacts those elections will have on the Administration, the Senate, and the House of Representatives, and how those changes might impact agricultural policy and priorities in 2021. 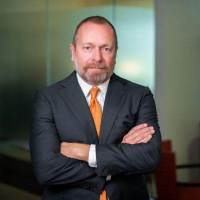 Phil Karsting previously served as Vice President of Public Policy and Interim President and CEO of World Food Program USA. From May 2013 to January 2017 he served as Administrator of USDA’s Foreign Agricultural Service, appointed during the second term of the Obama Administration. He came to the position having worked for more than 22 years on agricultural policy in the United States Senate.

Immediately prior to joining FAS Karsting served as Chief of Staff to Senator Herb Kohl (D-WI), then Chairman of the Senate Appropriations Subcommittee on Agriculture, Rural Development and Related Agencies. Karsting also served as Senior Analyst on the Democratic Staff of the Senate Budget Committee where he handled issues relating to agriculture, rural development, housing, telecommunications, energy, and the environment. He began his Capitol Hill service as Legislative Assistant to Senator Jim Exon (D-NE) where he handed agriculture and natural resource matters.

During his time in the Senate, he served on the Senate Bi-partisan Chiefs of Staff steering committee and as a Senior Fellow with the John C. Stennis Center for Public Service Leadership. In 2013 he developed a curriculum and taught legislative process and committee procedure in Monrovia, Liberia, on behalf of the National Democratic Institute.
Click here to learn more about Phil 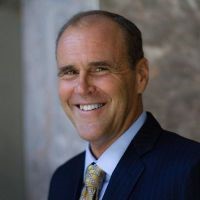 Randy Russell was born and raised in Virginia. Prior to joining the firm in 1986, Randy served in a number of agricultural policy positions, both inside and outside of government, including Chief of Staff for Secretary of Agriculture John R. Block, Deputy Assistant Secretary for Economics at the U.S. Department of Agriculture, Vice President for Agriculture and Trade Policy at the National Council of Farmer Cooperatives, Director of Government Relations for The Pillsbury Company, and the 1981 Farm Bill Coordinator for USDA.

Randy has been actively involved in the Big Brothers/Big Sisters Program in Northern Virginia. He was a Big Brother for ten years and was named President, Vice President and Treasurer of the Northern Virginia Council of Big Brothers/Big Sisters. He also served on the Board of Big Brothers/Big Sisters of the National Capital Area. Randy currently serves as Chairman of the Board and is on the Executive Committee for the World Food Program USA, which raises awareness and funding to fight global hunger. He is also on the Board of Governors of the Bryce Harlow Foundation, encouraging the highest standards for professional lobbying and government affairs.
Randy and his wife, Beth, live in McLean, VA, and have six children. The Russells are co-founders of The Golden Phoenix Foundation, working to address the issue of childhood abandonment around the world. He and Beth are also active members of the National Council for Adoption, which helps promote domestic and foreign adoptions as well as foster care.

Randy and Beth have a small farm in Round Hill, VA where they raise alpacas, as well as chickens and turkeys.
Click here to learn more about Randy 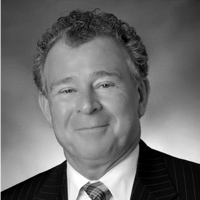 David Crow founded DCLRS in 1991 with the goal of developing a full-service government relations practice with expertise in legislative and regulatory affairs. He has built a small and talented team specializing in a number of policy areas including agriculture, climate policy, energy, international, labor and immigration, pesticides and fertilizers, small business, transportation and infrastructure, and water policy.

In a career that began in 1975, David has developed a wide range of contacts and knowledge working for Rep. Tom Coleman (R-MO), Secretary of Agriculture Jack Block, the Fertilizer Institute, the National Council of Farmer Cooperatives, and the Jefferson Group. David also speaks to a wide range of industry audiences. He continues to be deeply engaged in the political process, raising money for candidates who represent issue areas and geographical regions that impact our clients. David also worked on several presidential and congressional campaigns in order to connect our clients to the political process.

David is a graduate of the University of Maryland with a degree in Political Science and Journalism and has an MPA from The George Washington University. David has also taken a number of law courses in environmental policy from Georgetown University and the USDA Graduate School. David served as a Naval Reserve Officer in Public Affairs from 1985 to 1991.
Click here to learn more about David

Please see Past Webinars for information about the webinars that have recently been offered.